IT IS HUMAN EVOLUTION.

We understand identity is not a profile or demographic.

There is no room for stereotype.

< Back to all Insights 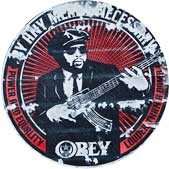 With the growth of the LATINX population, exposure to new social and cultural influences has re-tailored its identity. LATINX whose native languages are Spanish & English often interact with their acculturated counterparts in a constant cultural exchange. Their interaction with other groups also affects their outlook, and this phenomenon is reciprocal in nature. LATINX consumers are also having a cultural effect on the world around them. High schools and colleges across America are the epi-center for this cultural mixing, mainly through the widespread influence of entertainment, music, and fashion. Younger generations are more comfortable embracing these influences and it becomes part of their new identity. This “cultural mashup” creates a distinct persona that becomes influential to the world surrounding it without abandoning its roots. LATINX are social creatures, accustomed to a constant exchange between friends and family. They are predisposed to “spreading the word.” This accelerates and intensifies the mashup process. This exchange across cultures has created a new consumer that is ripe for a brand conversation. LATINX are the highest consumers of online content in the U.S. (According to Nielsen) and they love to share on all types of social media. They are extremely influential since they’re engaged in a constant exchange between two worlds. They’re the perfect manifestation of a demographic that communicates mostly in English while demanding cultural recognition. Spanish language is at the center of Hispanic advertising, yet the ability to engage in English while connecting with culture and traditions is becoming even more vital to reaching them. They follow brands that recognize their cultural dimension and speak to it. To understand the future of the LATINX consumer market, mastery of the Spanish language, culture, and tradition is imperative, but a deep understanding of the LATINX experience and its relation to the general market is also critical. To make a connection with this new consumer, it must be done within their complex cultural mind space. This is one of the reasons marketing to LATINX requires special insight. The culture is a faceted experience and as cultural transformation happens, LATINX motivations shift. Marketing to them is an evolving art and science driven by the cultural shifts that continue to change every day.